How To Assemble The Ultimate SDR Team

There are good SDRs and bad SDRs, right?

We’re told to recruit for highly competitive achievers with a track record of leadership and a definitive interest in pursuing sales as a career.

These are good baselines for establishing a hiring bar that mostly targets the right candidates and provides a directional sense to those involved in the recruiting process.

But world class teams don’t fill the roster with clones. I can guarantee that the Warriors would not have won so many NBA championships if they had put five Steph Currys on the court. Why do we treat sales teams differently?

The truth is that we are stronger when we build teams with diverse skill sets that uplift the whole. For sales development specifically, here are 4 key “profiles” to look for when structuring your team and examples from the All-Star team that I built at Bluewolf: 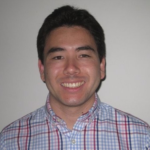 SDR organizations cannot succeed without effective written communication that inspires interest and action. While SDRs should not be left to invent their own email & social messaging, it’s critical that you have great writers on the team who can collaborate with product marketing and sales management on what resonates with buyers.

Much like myself, Mark Pises decided that there were enough lawyers in the world and recused himself from the legal path. However, he kept the writing skills and attention to detail that make a great lawyer (and a great sales rep). I was blown away when I discovered that Mark developed an outbound sequence specifically for marketers in the non-profit space. He had figured out how to shape the language of digital marketing away from “prospects” and “conversions” to “donors” and “constituent engagement.” That’s the kind of laboratory of experimentation that keeps your messaging sharp and relevant.

Mark has since moved up at Bluewolf, applying his thoughtful customer approach to enterprise organizations as an Account Executive in the field. 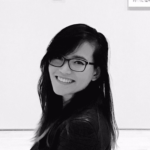 I strongly feel that great SDR leaders need to have their arms around operational efficiency (or a close ops partner to do this heavy lifting). Second only to growth marketing, sales development is the revenue function that relies most on “tuning the engine.” Every inefficiency in an SDR’s daily process quickly multiplies across activities to cause a considerable slowdown in productivity. Guess who senses those inefficiencies better than anyone? Yep, the SDR.

That’s one of the reasons I hired Amy Heng. Not only was she fearless and motivated, she demonstrated strong analytical aptitude that I knew would be valuable to the entire team. Lucky for me, Amy was able to exceed her personal goals while making time for value-added projects. In one such project, Amy carefully timed the triaging process for every inbound lead across a few members of the team. She found that reps were spending 5-8 minutes just doing diligence around existing accounts in the CRM. Multiply this by 40 leads/day and 8 reps, and we had a 42 hour/day problem. Good thing there was a perfect solution (hint: LeanData).

I’m glad to report that Amy is now employing those same analytical skills as a Marketing Manager at Palo Alto Networks. 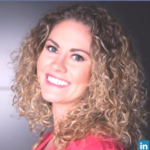 What job is harder than calling busy strangers all day and convincing them to take a meeting with your company? A well-positioned cheerleader, hype man/woman, or superfan can act as a force multiplier for the energy and well being of the entire team.

Nobody on my team embodied this role better than Erin Reynolds. One of my favorite examples was a team competition that Erin designed to drive qualified appointments at Dreamforce. She drew a massive dragon on one of our whiteboard walls, checkered it into dozens of boxes, and threw down the gauntlet for the team to collectively “slay the dragon.” For each appointment booked, a member of the team colored in one of the boxes and labeled it with the name of the target account. Needless to say, the team absolutely obliterated the dragon and enjoyed the cash bonuses that followed.

It’s no surprise that Erin is now energizing an entire ecosystem as a Channel Partnerships Manager at MessageMedia. 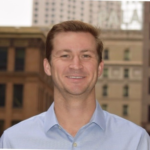 The phone is not dead; it’s just become less forgiving. SDRs better serve up a damn good message with immediate relevance if they catch a decision maker live on the phone. While every SDR you hire needs to have fluency in the phone channel, it’s a massive boon to fill the ranks with a handful of true conversational pros. These people will provide real-time coaching to peers when they overhear a conversation that fell short of converting. And they will fill out your “best calls” recording library with invaluable examples for future hires.

When I interviewed Mac Cady and most of his answers involved “wouldn’t it be easier to just pick up the phone and call them,” I knew I had found one such conversational powerhouse. Mac went on to become the top performing SDR in his hiring cohort, but importantly he made others better while doing it. I actually worked with Mac to develop the call review scorecard that we implemented for 1:1s with the rest of the team. I now use a similar version of that scorecard at SalesSource when I’m consulting with clients.

I’m proud to say that Mac pursued the path of SDR leadership and is now the Senior Manager, Inside Sales & Account Development at Mesosphere.

What other profiles do you look for when hiring SDRs?

Together, let’s make it work